About Learn With Me Blog Podcasts Speaking Login 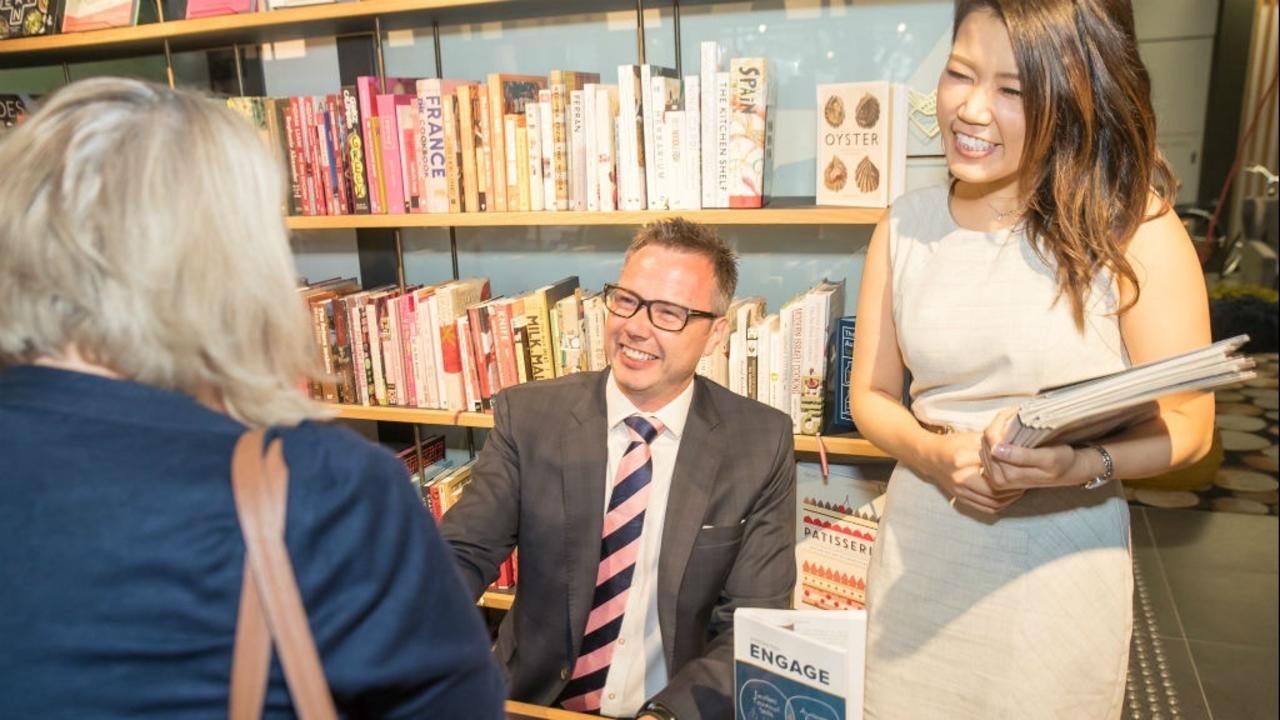 Within the huge amount of executive coaches who wrote a business book to support their thought leadership, “Engage” from Duncan Fish is an exception. He realised early that many highly skilled professionals in top positions couldn’t continue further in their career despite their technical capabilities were great without doubt. It is the social people side that holds them back. After coaching more than 1000 executives, he created a proven model which combined excellent technical skills with awesome people skills. Especially cultivating the latter part is covered in the book to achieve the common golden intersection which he calls an “Engaging Executive”.

In his earlier years, Duncan Fish has been a shy introvert young man who would not pick up a phone without knowing who was calling. Or he would look through the window to find out if he knew the person ringing at the front door. This self-claimed status of a “social misfit” changed when he started working in an HR function at the Police where he met with career coaches and consultants. One of them encouraged him to become a psychologist by challenging his beliefs using Neuro Linguistic Programming (NLP). After graduating, he became a Chartered Occupational Psychologist and later even a dating coach to overcome his fear of conversations. While becoming a technical expert, he realised that he needed to develop the people side. Today he is using his background when coaching executives on interpersonal skills.

ENGAGE is an abbreviation for his chosen structure of the intended change. The first step “En-Trance” is not a typo, it rather combines what’s needed to make an entrance like in trance capturing all communication before even using words. Networking is often not an enjoyable part for technical experts avoiding “the people thing”, therefore Duncan shows how to effectively connect with people. Once achieved, the leader needs to guide and influence the conversation which is the third step in this book. In the Acknowledge chapter he shows how to develop empathy by acknowledging the needs of others. Leaving a lasting impression is the focus of the Glow step with his secret sauce how engaging stories are delivered well with appropriate humour. The concluding Enlighten chapter is all about helping others to grow and to develop.

The key sentence of the book and surely Duncan’s driver for writing it is “My absolute belief is that the greatest leaders are those who are technically brilliant and who have a mastery of connecting with people.” Taking it even further: “The best people leaders are those who can inspire others to greater heights, who can shape and mould the talent around them in a way that is not teaching but coaching.” Within the story flow, the mind sometimes stops on some short and sticky while motivating sentences with a call to action like “Pull out the sunrise smile and just shoot the breeze, this is how we begin to stitch the social fabric.”

This book is not just a reflection to read through, it is meant to take action in small steps seeing the big picture transformation by building advanced skills. Those who are open for change, find plenty of small, easy-to-follow exercises within those six chapters like looking at the left eye in a 1:1 conversation to address the emotional part of the other person. Duncan provides a couple of videos on his website to illustrate the mentioned tips which make the book a compelling source of achievable change lessons. That journey is rewarded from social anxiety into enjoying conversations for the converted executive and leading others accordingly with described coaching methods. Therefore this book doesn’t just cure one person, the impact goes further to their tribe once applied sustainably.

Duncan’s book drew my attention after meeting him in a master class of the Institute of Managers and Leaders (IML) in Sydney. We both contributed as speakers of the event about the journey “From Accidental Manager to Intentional Leader”. In my earlier career I wondered why I have not been chosen or at least suggested a managerial position being in the company for quite a while at a high specialist level. Although I eventually moved into a regional sales leadership role, I missed some steps earlier without having a clear awareness. This book showed me that I lacked awesome people skills well perceived by the ecosystem. What a pity that the book has not been written earlier. Working with his material is like finding the long missed helping hand for those who realise their skill shortage (not everybody is honest to admit that).

For future business book authors, this is a great example as Duncan combines his own story with all the negative memories and downfalls describing the transformation he went through by himself including the relevant trigger moments. This very honest way engages the readers and shows his social proof, it even encourages his audience that change is possible in a radical way. Duncan adds a lot of practical examples and never takes himself too seriously – a good advice as many people who went through such a life changing journey might tend to describe that a bit from above. I am a fan of creating a well-structured model out of the principles which the readers can relate to. The order of steps within “ENGAGE” is not formed by accident, it really makes sense. Those who want to write a business book by themselves find a lot of inspiration in this eclectic collection of powerful tips and well-chosen anecdotes which make these 324 pages well enjoyable.

1. What was the deciding moment to write this book?

I decided to write this book at the same time I decided that I was going alone to launch my own business. It was a moment of realisation when I told to myself: I have a story to tell! And this story is my journey from social misfit to social coach. Instead of being something that I’m ashamed of that is actually something that my clients are most likely able to relate to.

2. How long did it take from concept to launch?

That was exactly one year. I started writing very early in January 2016 and then it took nine months to actually write it and then about three months for the edited manuscript to go backwards and forwards until I was happy with it between me and the editor. I had my book first printed in very late December. Then I had my book launch in Canberra in February, and I have to say that was one of the most special moments of my whole life.

3. How did you perform the research to create the practical content?

This was an interesting one for me because I have been doing the practical part of it for about the last 15 years and I have really been growing and adding to my toolkit. So I had to reverse the process and in order to prove that the things I did really work, I had to retrospectively go out and find research that supported what I did. So actually I hired a researcher who was a psychology student to go off and find all the studies which were basically in support of the things that I told people.

4. What was the biggest challenge along the process (and how did you overcome it)?

I would imagine writing a book is similar to but probably not quite as daunting to a PhD. You start off full of ambition, full of enthusiasm and then about half way through you can hit a bit of a wall. And I certainly did, and it was a tipping point where I could have given up. It was only because I had a book writing coach, that I picked up the tools again and got back into it. Then I came back out of the slump with a new spirit. Having a support group around you, having people that can encourage you and keep you going is important.

5. What was your own reflection along the journey?

I actually shed a few tears while writing this. The book got very personal for me, in particular as I told my own story. As I was recalling all the trials and tribulations of my life that led up to this moment, I realised how just much I had achieved and also how much I had picked up and learned along the way. The book was supposed to have 30,000 words as my goal. It ended up being 82,000 words and that’s after being edited.

6. What is the outcome in having this book available?

There has been a number of really good outcomes. The first that it is a fantastic marketing tool. The amount of credibility you have when you’re a published author and also being an Amazon bestselling author, really opens doors. The second thing is that I use the book as the core text of my Engaging Executive Programme. Being able to integrate the book with a very powerful 90-day behavioural change program whereby participants can cross reference the learnings is just a fantastic combination.

7. What would you advise others about writing their book?

I can approach this question from a number of angles. But the most important one: have a plan. Get a book writing coach, make sure you write a book pitch, make sure you understand the shape of your book and how it’s going to play out before you start writing. I’ve known several people in the past who thought “I have a book in me”; they start writing and then they never finish because they don’t know where the book is going. So have a structure, have a plan, stick to the plan, tweak if needed, but as long you know where you’re going, you will reach your goal.

More about the book: The Engaging Executive

Do you remember your early career aspirations as a child – and what you made from it?
personal branding
How should leaders overcome their gap in using social media to support their personal brand?
leadership
Navigating Career Crossroads (Jane Jackson)
book review
Close